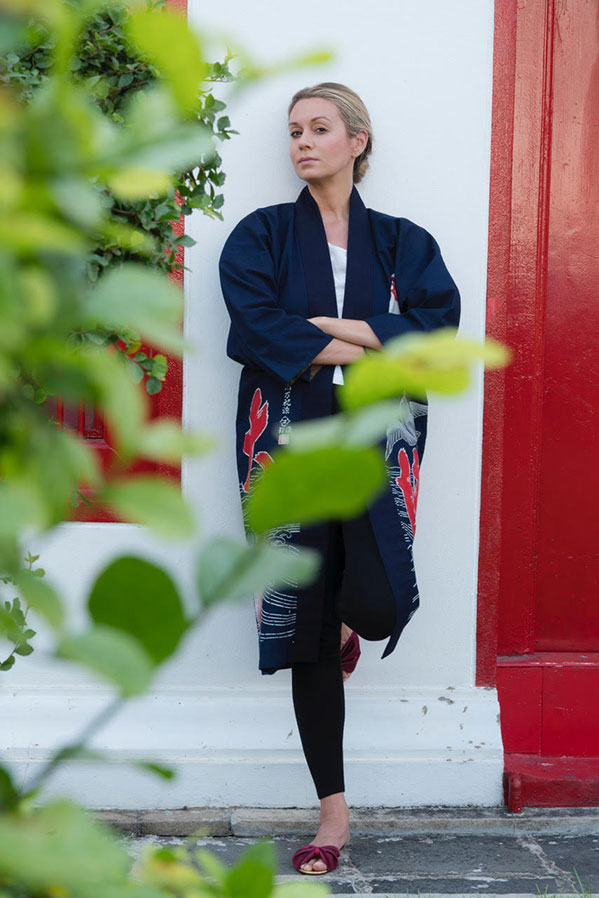 Hi Jamie, can you share about your first early experiences traveling abroad and what inspired you to pursue a career in fashion and media?

It was actually the opposite experience that inspired me to work in fashion and media. I spent the early part of my life living landlocked in the midwestern United States [Missouri] and unexposed to travel outside of an occasional visit to my grandmother in Hawaii. I lived vicariously through the magazines of the nineties, whether through the fashion bibles like W and Vogue, or travel programming on television through E! and the Travel Channel. These were truly the outlets that taught me that I wanted to seek out more than life in the suburbs of the provincial town I grew up in.

Was there a significant experience or career decision(s) that inspired you to launch Stories + Objects?

There were a few significant experiences that shaped my interests and served as inspiration for Stories + Objects.  First, I studied abroad at the London College of Fashion which gave me a foundation from which to study fashion outside of the typical celebrity and runway show coverage. Then, early on in my career, I was also fortunate to work for a fashion consultant that took me along with him to witness first-hand the high quality craftsmanship of workshops and ateliers from Switzerland, France, Italy and Turkey. Lastly, and the most formative of the experiences, was what I witnessed working on video programming for the publishing side of Vogue Magazine in mid-2006. I traveled to the Marche region of Italy to do a segment on the Tod’s Factory with designer Derek Lam. I fell in love with the region and the people who live where ninety-percent of Italian shoe production was based at the time. Cobbling skills were passed down from generation to generation and intrinsic to the local culture. This is where the first vision for S+O came to mind, although it would take me another ten years to launch it.

With Stories + Objects, what is your intention for sharing the immersive, digital journeys through film, photography and editorials featuring artisans and cultures around the globe?

There are a few reasons. First and foremost, it is to give a voice and a platform to the creative artisan communities around the world who are often cited as inspiration for designer collections and objects that are built on the aesthetics cultivated over thousands of years in their culture. Therefore, recognizing the culture who made it possible for us to purchase coveted designs and perhaps even changing the consumer purchase mindset along the way. Secondly, I intend to inspire people to travel. I have witnessed the power of our storytelling in breaking down cultural barriers and bridging an understanding of people and customs in places that would otherwise seem too distant or are deeply misunderstood.

What are your favorite parts about being a digital storyteller and global nomad with a unique lens to the cultures and craftsmanship featured on Stories + Objects?

My favorite part, selfishly, has been my personal evolution. I’ve grown to understand the world and myself much better through conversations, observations and interactions with people I’ve met on this project.  A very close second to this is being able to share the beautifully crafted objects from these artisans, many of whom don’t have the ability to sell on the global marketplace. And lastly, the testimonials I receive from our audience on how our site has educated consumers and inspired them to go to places they didn’t think of before and be enriched through their own journeys.

What have you found to be the most inspiring or unexpected from your journeys?

Perhaps the most unexpected thing is also the most inspiring thing. I’ve learned that living at a slower pace, more in sync with community and the natural surroundings makes for a more harmonious life regardless of how much money one has. I’ve also been inspired by the amount of passion that each individual has for their work, from an acute, almost meditative focus over quality and details to patiently tending to the earth for harvest or cultivating the seas for a pearl or grain of salt. Each artisan I’ve interviewed has spoken openly about how their own energy, hopes, desires and ultimately love is imparted into the objects they have a hand in creating.

Can you please share your experience at Vogue Magazine as a Creative Producer? How did that role translate into Stories + Objects?

As previously mentioned, Vogue was formative as it was the job that allowed for me to grow into the career as a producer, a role I had no previous experience in. This is where I first learned how to be a storyteller thanks to the many brands that partnered with us to tell their stories through platforms like Vogue Fashion on Demand podcasts and our dedicated website, ShopVogue.tv. This was 2005, just as YouTube was being founded and we were already creating short form digital video content which served as a precursor to modern online fashion and lifestyle programming. There is no doubt that my career path would have been very different without what I learned from my time there and ultimately who knows if my appreciation of well-crafted global objects would have turned into a platform where others that share my sentiments could explore the world of artisans we’ve visited.

We are so excited to carry the global curation of objects on Cultura Collection.

Cultura Collection will be featuring some of our favorite objects from Fakarava Black Pearls to Colombian Mochilas and Persian Rosewater. Although the platform won’t feature the full video and interview immersive experience, each of the objects will come with our signature storytelling literature featuring background on the artisan as well as our Travel Notes for each destination.